Australian Social Entrepreneur makes an impact on Women, Forests and Air in India 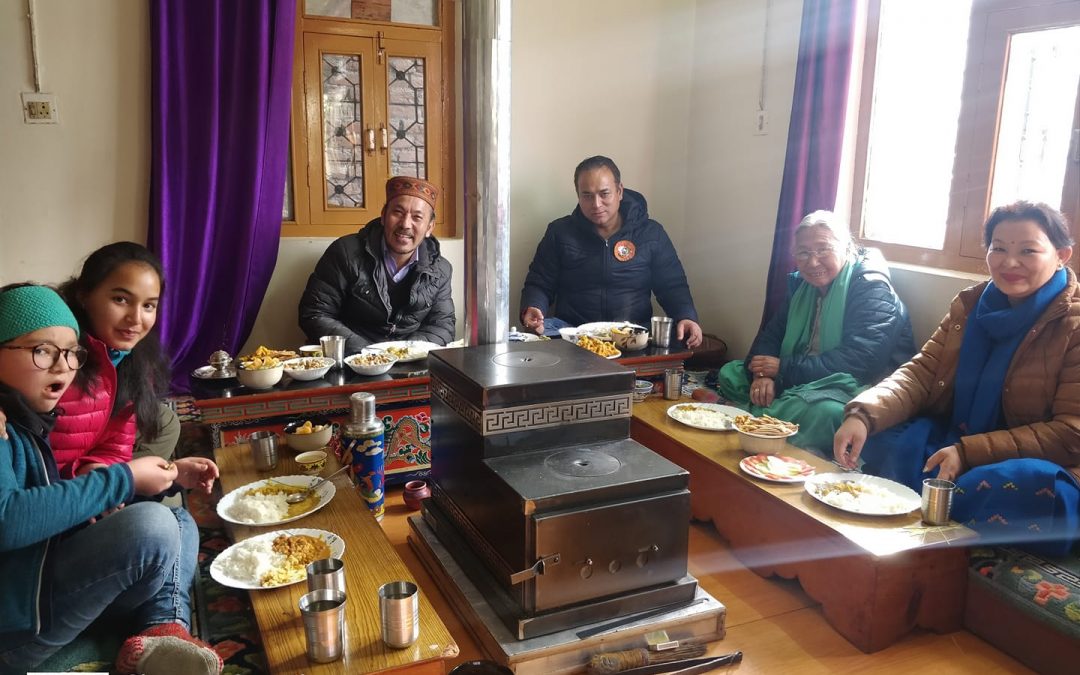 Australian Social Entrepreneur makes an impact on Women, Forests and Air in India.

Russell Collins, a tinkerer by nature, knew he was onto something when he stumbled across a way to get rid of the smoke killing more people in India than HIV, TB and Malaria combined. (WHO stats link below)

Based in the small coastal town of Byron Bay, Australia, Russell had heard about the efficiency of a technology known as ‘Rocket Stove’ and wondered if it could be adapted to the Himalayas, where he had been running tours for over 25 years.

“It was basically a hobby that got me out of the office and into the shed for a few hours each week. I loved the process of welding and experimenting to see what would work. When something actually did work, I was as surprised as anyone!”

Russell’s ambition was to reduce deforestation in the Himalayas by making a combustion heater that was more efficient than traditional designs. The challenge was to make something that suited the cultural context where women would sit low to the ground to cook on top of a wood fired heater throughout the long cold winters.

“Height was the key challenge. Rocket Stoves are typically quite large, so the innovations I developed were focussed on how to make it work in a low-height format to suit the way women sit whilst cooking, having a view of the children in the warm winter room which the whole family inhabits during the cold winter months.”

After 2 years of trial and error, Russell came up with a prototype he felt was ready for testing in the Himalayas.

“At this point I got lucky. A guy I had met in the Himalayas 13 years previously heard what I was doing and offered to fund me whilst I set up prototyping and development in India. This support enabled me to quit my other work and focus exclusively on developing the technology.”

That was in 2016. Now, less than 3 years later, the social enterprise Himalayan Rocket Stove Pvt Ltd has made and sold more than 700 clean burning high efficiency combustion heaters with an average wood savings of 50% and a reduction in pollution of 90%. Russell is now interested to talk to social impact investors to scale the project to reach the wider Himalayan belt as well as global markets.

“I have been approached by people from Chile, Tibet and Mongolia, all looking for us to set up factories to make and sell the combustion heaters in their regions. By dramatically reducing both fuel demand and pollution issues in a low-cost format, we have found a way to make a positive impact on so many levels. Each stove in the field reduces CO2 released to the atmosphere by 2-3 tons per year.”

Along the way, Russell also managed to instigate and mentor the not-for-profit ‘Smokeless Cookstove Foundation’ which trains rural women in the art of making smokeless cookstoves for no cost.

“In the prototyping phase in the Himalayas we stumbled over an incredibly cost effective way to make smokeless cookstoves using clay with simple additives. The issue of Household Air Pollution is killing millions of people every year and the solution was right there staring us in the face, so we had to do something about it.”

Doing ‘something about it’ has resulted in a Foundation that sends teams to remote regions to run training programs for marginalised communities on the most essential thing in life… cooking food in a way that doesn’t impair their health.

“It’s mostly the women and children who are impacted by smoke, since they spend the most time at the hearth. Our clay cookstove design not only reduces smoke, but also halves the amount of wood needed and reduces the volume of water required for cleaning pots. The benefits for women in particular become more apparent as we study the impacts of clean and efficient combustion in the home.”

To learn more about these projects:

WHO Statistics on Household Air Pollution: