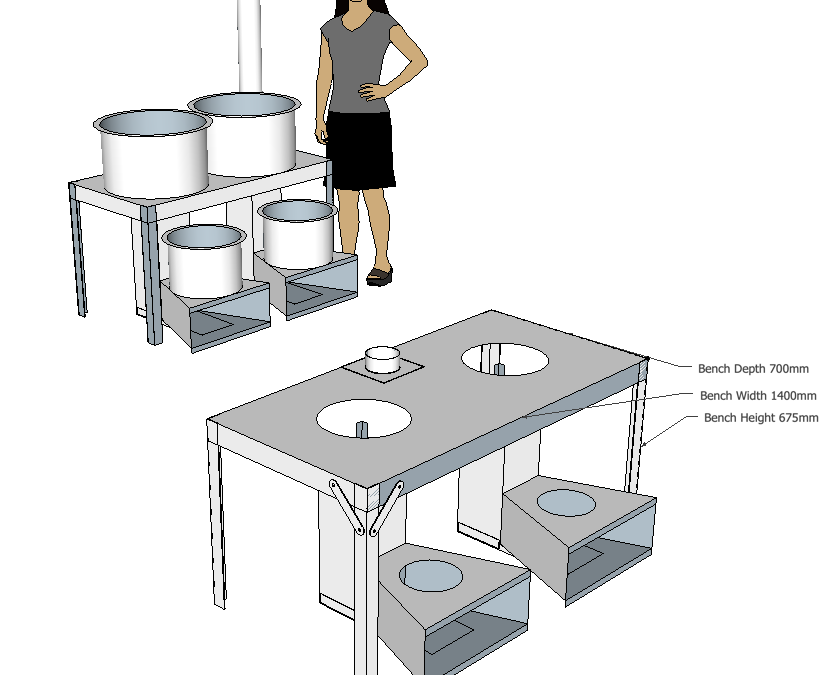 Wow, what a year so far! What with the virus, lockdowns and so forth, I’ve been fortunate that even though I could not travel to India, I have been keeping busy regardless. I’ve split my time with managing the HRS team while it navigates various stages of lockdown in India (more about that in the HRS Update coming soon) and also with working up a range of new product designs in the workshop and in Sketch-up. I’ll talk a bit about that here.

When I returned back from India last November, I set up a workshop nearby in the Byron Bay Industrial Estate, and spent 3 and a half months prototyping up a range of new ideas (cookstoves, accessories, waste incinerator concept).

Then, as COVID came to town, I cancelled my planned trip to India, moved out of that workshop and set up a new working space. This workshop is a bit further out of town (Myocum for those who are familiar with the region), smaller, and a lot cheaper. I can keep this one going indefinitely, so its a nice compromise and it allows me the freedom to keep working on designs without a massive overhead on rent.

I think about certain kinds of problems (that generally involve burning stuff). I sketch out some ideas on paper. I give the team in India a call and ask them what they think about a particular concept and if there is a need for it. If so, I go back to the sketch pad, and then transfer the general concept to Sketch Up, a design program that allows me to turn ideas into millimetre accurate technical drawings. Then I screenshot these and send them to the production team in India, and ask them what they think about it. After a bit of back and forth, and refining the concept, I’ll either build up a prototype here in Australia, or sometimes I will fast track it directly to the workshop in India.

Our production partner in India is just now starting to get their factory back online, so we are busy sending them some ideas for prototyping, including variations on a cookstove concept we’ve been working on since I got back to Australia, as well as a new concept for a Community Kitchen.

This is an example of a design idea that I am fast tracking directly to Indian prototyping. I have already built the smaller versions that can be used for camp stoves, or domestic cookstoves, here in Australia, so I have a good idea about how they work. We have already begun small trials in India and are now preparing to run larger field trials with 20-30 units in a variety of locations for feedback.

Meanwhile, with the massive dislocation of migrant labour in India, it has come to my attention that emergency camps and community kitchens are needed all over India and Nepal. We are looking to put together a Rapid Deployment Community Kitchen Kit that can be flat packed for shipping and assembled quickly and easily onsite for large scale commercial cooking that is relatively clean and efficient. (see the pic at the top).

The other project I have spent some time modelling and researching is low cost high efficiency cremators. This is a massive need in India, Africa and SE Asia where the wood required for cremation is around 500 to 600kg. The demand on forest reserves is staggering and the pollution truly eye watering! I’ve been working up conceptual designs and I now have something ready for prototyping. Due to the scale of this project, I will try to build a small scale version here in Australia, as well as fast track this to India in a small form we will call a Pet Cremator, for testing.

These projects both have massive demand in various regions around the world, and in particular India, so I am moving fast to get them into production as soon as possible. The Community Kitchen is a simpler product to build, and we are already in early stages of testing with the smaller versions of these cookstoves, so this should be able to be rolled out in the coming weeks. The Cremator is a more technical project and is obviously something we need to get right with a respect to the sensitivities of the communities who may use them.

With this is mind we are working with our sister organisation, The Smokeless Cookstove Foundation, to do on the ground market and cultural research on the various issues that surround this concept.

One of the exciting developments to come out of the cremator concept is a whole new way of looking at incineration. Without going into too much technical detail, I have now developed a new concept for after burning the toxic smoke so as to clean it up much more so than I had previously been able. I am hoping to apply this after burner concept to the Waste Incinerator project as well. 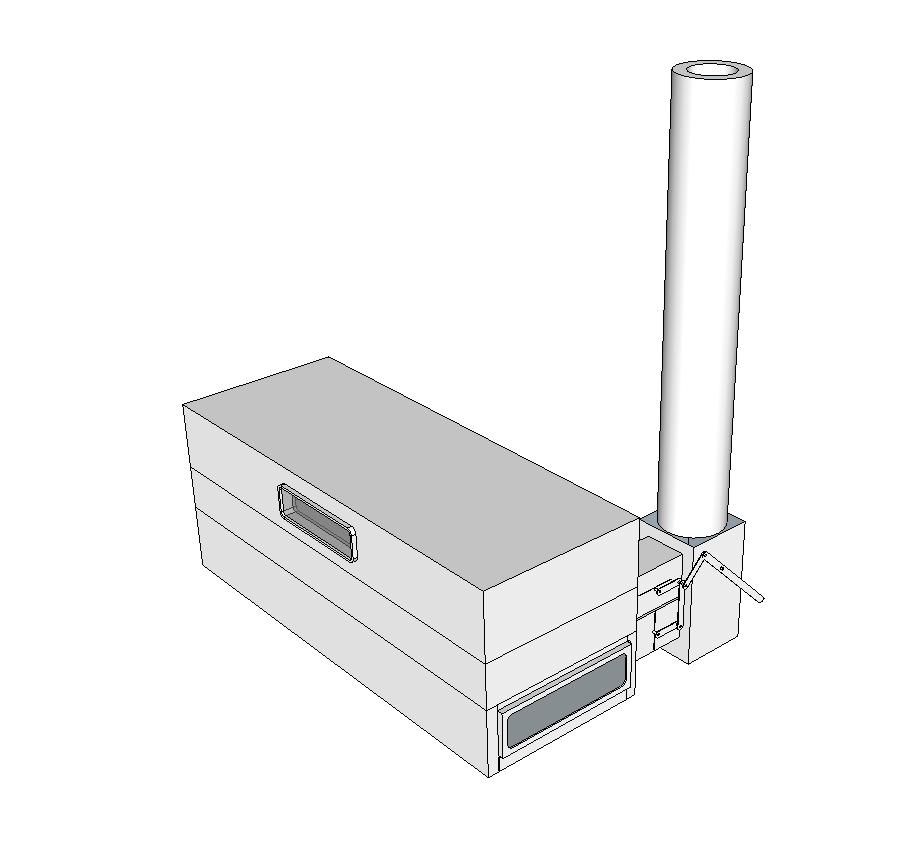